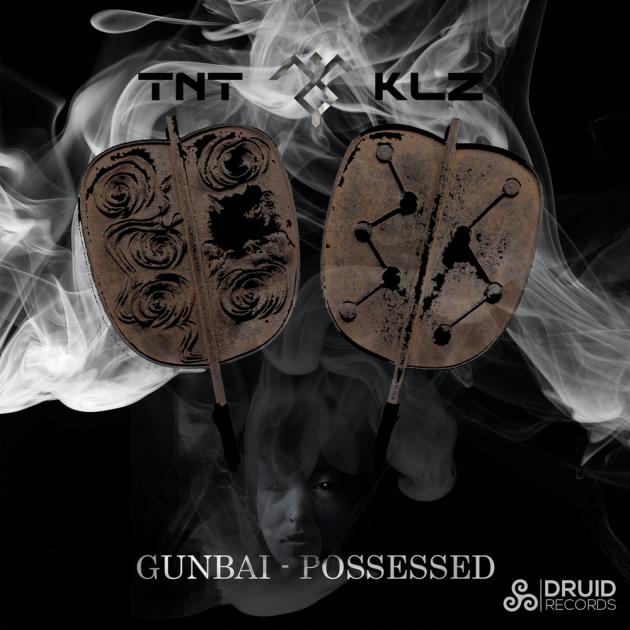 Ever committed to breaking new neurofunk talents, Essex’s Druid Records have recruited Russian newcomer TNTKLZ for their latest release, the heavy-hitting two-tracker “Gunbai” / “Possessed”. Following an impressive debut EP and follow-up single on Black Panther Recordings earlier this year and a slew of appearances on compilations for SAM Sound and Karma Lite, this release marks the youngster’s first release on Druid, and it does not disappoint.

Citing Druid mainstays and Eastern European neuro heavyweights Agressor Bunx and Tobax as major influences on his sound, it’s no wonder that TNTKLZ has landed himself a spot on the label’s roster, with these audible inspirations ringing true over the course of the project’s two offerings. “Gunbai” opens with menacing impacts and a wide, resonant drone which ascends in pitch to an epic climax, crashing head-first into brutal drops characterised by textbook gnarled neurofunk basses, popping snares, and urgent, mechanical melodies to make for a rollercoaster of a listening experience.

“Possessed”, on the other hand, finds a different side to the Ekaterinburg native’s production skills on display. Equally tense but utilising a deep register and a unique rhythmic slant, the song commences with scratchy, detuned leads before creeping into a masterfully intricate drop accentuating groaning basslines and percussive plucks. In equal parts weighty and atmospheric, the clanking track is unlike anything else on Druid before it, marking the youngster out as a name to take seriously. Now reaching his biggest audience to date via the label’s platform, TNTKLZ is bound to amass a dedicated following off the back of this release, serving as living proof that the future of the genre is in safe hands.