Murdock - I Need a Riddim / Hypnotize 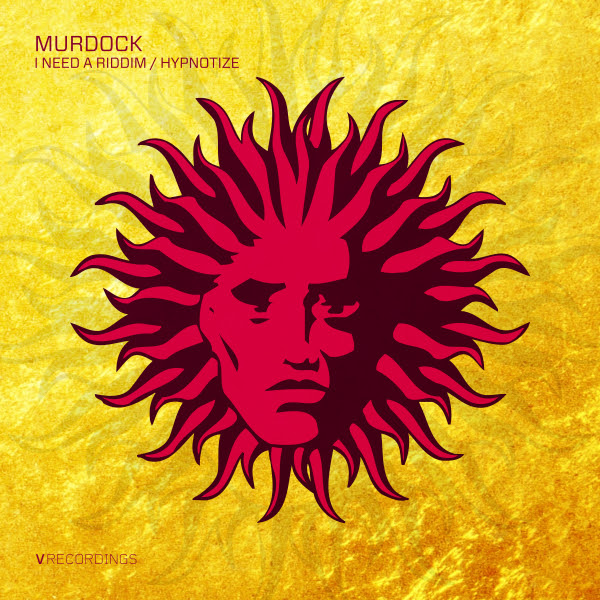 Murdock has, to coin a phrase, been on a Rampage through the D&B scene in recent years. And if that reference went over your head, you need to know he happens to be the organiser behind the spectacular, record-breaking Rampage events in Antwerp. Besides being a superstar promoter, though, he's also one of the hottest producers around, releasing multiple flavours of D&B on a string of labels including his own Radar and Rampage imprints.

The last time we saw Murdock on V Recordings was when he gave the world the bubbling-bass and unrelentingly rolling drums of “Tribes”. The classic Junglist influence was clear and, this time round, he's doubled-down. “I Need a Riddim” and “Hypnotize” share the DNA of that old skool roller style but delivered expertly for a 2018 dance floor.

If you need a riddim, “I Need a Riddim” has what you're looking for. Production geeks can play spot-the-break, as Murdock melds and bounces the patterns off each other, while the rest of us skank out up at the front feeling that scything thorax-shattering Bassline. Then “Hypnotize” comes loaded with dub-wise bass weight, with an extra dose of funk to keep the rave moving.

This is drum and bass music made by someone with a passion for the scene. Murdock's decades in the industry as promoter, deejay, and label boss are focused through a prism of bass and beats. Linking classic with contemporary, these are Junglist rollers for the next generation.