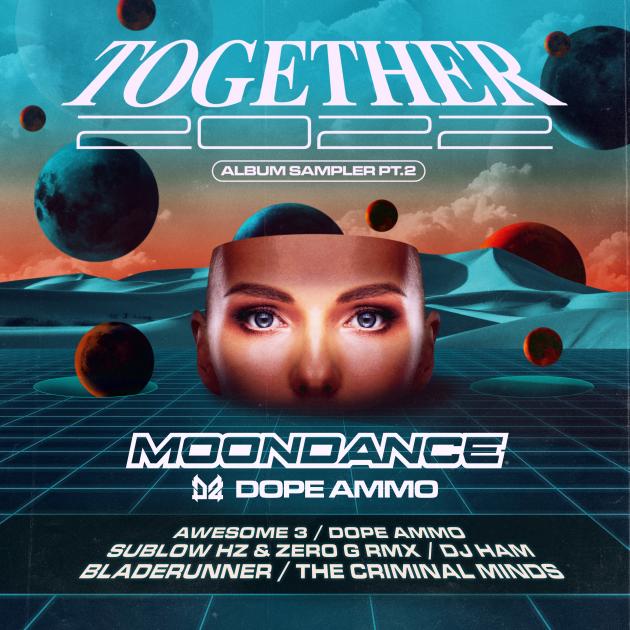 The second instalment of the Moondance & Dope Ammo Records album sampler features 3 heavyweight remixes of some absolute classics from the past. If you’re a raver from the early 90’s or simply someone who just enjoys good dance music, these tracks are most certainly for you.

Take for example Awesome 3’s anthem ‘Don’t Go’ made famous by The Rat Pack which, in turn, featured in every single DJs sets across the UK for many years. Dope Ammo, Sublow HZ & Zero G have obviously retained the legendary vocals here, stuck in some cheeky time stretches and piano stabs and created a whole new update for a new era.

Kniteforce Records are still a big deal today and this wicked remix of one of their rave anthems will appeal to fans of new and old alike. DJ Ham’s ‘Most Uplifting’ has seen a few versions since ‘94, however, it’s now time for Bladerunner to take to the controls and add his renowned magic. The timeless piano score is here alongside some great chopped and rolled breakbeats. Exactly how it should be done.

The Criminal Minds ‘Baptised by Dub’ has now turned into ‘De-Baptised by Dub’ courtesy of Sidestalker (and Spatts on the edit). Another timeless tune, supported by literally everyone and one that every raver from this era will have fond memories of. Thankfully, it’s another true to form relick, retaining much of the original's greatness with some added flair.