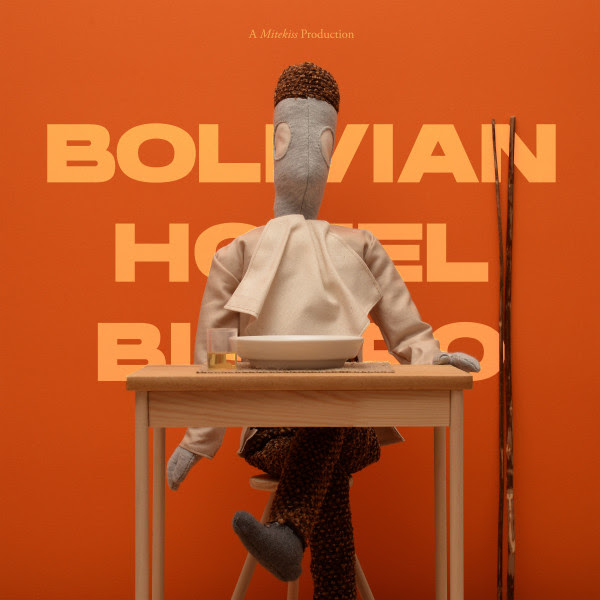 The dreamlike ‘Sophie’s Tale’ will send listeners into a deep state of liquid lusciousness. Mitekiss provides immersive synth work and mesmerising reversed piano chords that are perfectly complemented by Milo Merah’s majestic vocals. You’ll also be able to find Milo’s vocals on ‘River So Deep’, following on from the successes of ‘City Angels’ released in 2020, featuring fellow up-and-comer d.e.o.n, that garnered support from the likes of LSB, Shy FX and DJ Ron.

Embracing his love for jazz and soul, ‘Losing Sleep’ is a deep drum & bass anthem featuring the stunning vocals of Vonné who is no stranger to laying down classics alongside Mitekiss, following ‘Matter’ which the pair released back in 2020. Expect jungle-esque breakbeats, heartfelt piano chords and a subtle but dangerous 808.

Switching up the style, album title track ‘Bolivian Hotel Bistro’ sees Mitekiss draw for a wildcard as he ventures into the higher tempo realms of house and techno. Made up of enticing pads and techno-inspired arps, there isn’t a sound that Mitekiss can’t conquer.

‘Droplets’ warms the soul with playful chimes that send tingles down the spine, skippy drumwork and a jazz-inspired bassline. Mirroring the sounds of raindrops, Mitekiss takes us on a sombre sonic journey accompanied by Leeds-based vocalist B-ahwe’s enticing harmonies.

Flying the flag for the next generation of drum & bass pioneers, Mitekiss has a catalogue of releases that span the likes of Shogun Audio, Skankandbass and his very own Goldfat Records which he runs alongside Mr Porter. His most recent single ‘Mortala’ has received a flurry of support across BBC Radio 1 with several plays from airwave master René LaVice and BBC Introducing. His outstanding tastemaking abilities are certainly reflected in the output of his label, his involvement in the Hospital A&R team and his own productions as he paves his way to certified legend status...