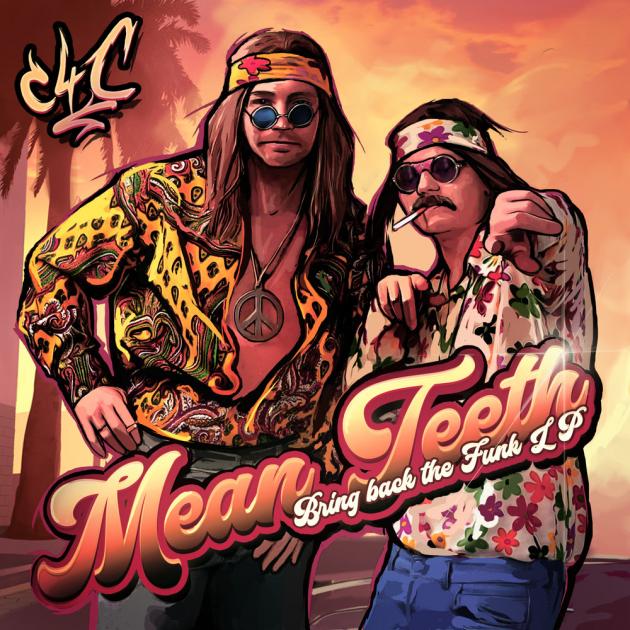 Having teased fans with various tasters of their debut album Bring Back the Funk over the course of four sampler EPs, Baltic drum and bass duo Mean Teeth are back with the long-awaited full LP, arriving just in time for Christmas.

As its title acknowledges, Bring Back the Funk serves as a masterclass in high calibre neurofunk. Over the course of twenty tracks, the Cause4Concern signees showcase a deft ability to balance emotive melodicism with jolting sound design, resulting in a gripping sonic adrenaline rush of an LP.

Two tracks on the album will be brand new to even Mean Teeth’s most ardent followers. On “Critical Silence”, the pair enlist in the help of Ukrainian production heavyweight NickBee for a rollercoaster of a collaboration which builds to exhilarating climaxes, aided by industry-leading sound design and subtle, yet effective percussive flourishes. The following track, “Bring It”, finds the crew joining forces with Norwich tag team Volatile Cycle for an unconventional shuffler of a track, garnished by clattering foley samples and winding, voweled synths which sound as though they could have been lifted from the hard dance playbook, making for one-of-a-kind results.

Also present are remastered versions of the Lithuania and Estonia-based pair’s 2018 two-tracker “Breaking Point” / “Nine Lives”, originally released via Optiv’s Red Light Records and now sounding crisper than ever. Other highlights include the 2019 heater “Badman Sound”, which sets frantic cowbells against careening basslines; the tense, airy “Erosion”, which breaks into an arpeggiated run of intoxicating, detuned synth plucks and metallic impacts; and the brassy, syncopated number “Airpusher”, which utilises darting synth stabs and advanced triplet rhythms to keep listeners constantly on their toes. Bring Back the Funk may have been three years in the making, but fans are bound to agree that this album has been fully worth the wait.