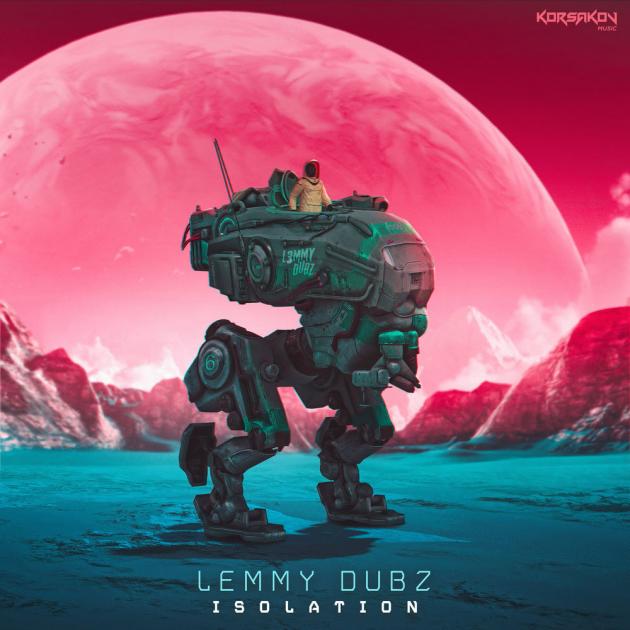 22 year old L3mmy Dubz delivers a truly unique take on the ever evolving jump up sound with Isolation EP, his dubstep roots abundantly clear and expertly applied to his continuously improving and impressing drum & bass arsenal. He shows no signs of slowing down, landing on Korsakov Music in explosive fashion.

Seemingly from a far away planet long deserted by any human life comes Isolation EP, the sonic equivalent of a renegade mech causing havoc on a distant dystopian ecumenopolis. It is the sound of L3mmy Dubz leveling up considerably and taking us on an auditory journey through a future gone horribly wrong.

It starts off with Isolation, a fitting title track with robotic voices and space ship sounds guiding us into an impressively suitable track for a rave on the Death Star. Subtle switches keep it highly dynamic and provide the perfect transition into second track Rise, a whirlwind of futuristic bass design that's set to turn dancefloors all over the world into lava because no pair of feet on the planet is going to stay grounded when this blasts out the speakers. Just when you think you've heard it all, the second drop launches into a completely disgusting halftime flip that's guaranteed to cause headbanging and bassfaces.

If you ever go deep space exploring, make sure to put on Corpulant, the third track on the EP that may be a small stepper for earthly dancefloors but a huge stepper for intercosmic skanking. Spoken Word, the dazzling and dizzying EP closer concludes this wild galactic ride and will make you feel like you're being sucked into a vortex. Gnarly bass stabs and daft snare patterns fly through the track with lightspeed precision like the Millennium Falcon and grabs you by the throat until the very end.