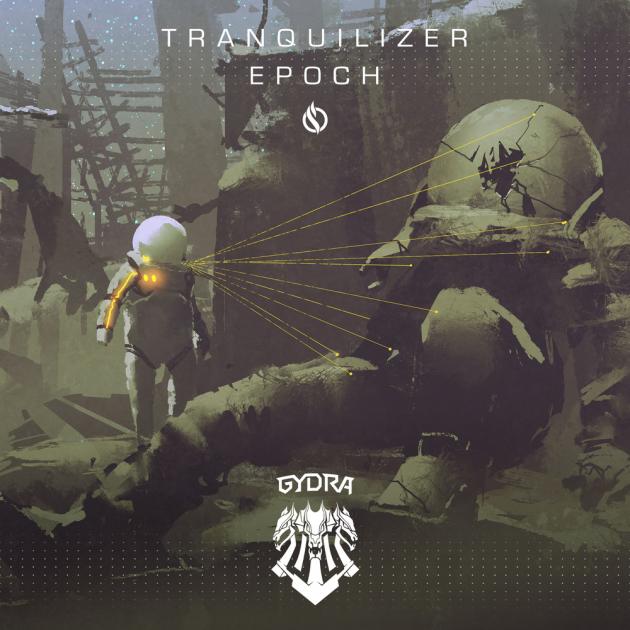 For yet another seminal release, Ignescent Recordings have proven their ability to deliver only the most unforgiving cuts. Whether it’s newcomers they’ve spotted across the huge expanse opened up by cyberspace, or for more renowned neuro pioneers, Ignescent have continued to add talent after talent to their ever-widening roster. And with that comes a stellar back catalogue, one littered with releases like the one forthcoming from production outfit Gydra. And alongside Gydra, a group who always offer up a formidable selection of cuts, Ignescent is set to continue their unadulterated takeover, one which has seen them rise to prominence against even the most intimidating heavyweights within the scene.

‘Tranquilizer’ and ‘Epoch’ present a double sided single which is sure to roll through club systems mercilessly, and first track ‘Tranquilizer’ is an atomic bomb to the aural synapses. A foreboding, cataclysmic introduction rolls you through guttural bass rhythms and a cutting groove which snaps with a formidable bite throughout each carefully layered segment. Bit by bit the record begins to pulse with power, channelling a bassline which grabs hold effortlessly and carries you alongside. The masterful production standards held by Gydra are presented from beginning to end; once again smacking you face first with the reason why Ignescent have pulled them into their groundbreaking roster. Gydra aren’t afraid to cause collateral damage with each one of their outputs, hitting harder and harder every time.

On the flipside, ‘Epoch’ throws itself out with grabbing claws, snapping violently at your synapses with every fresh stab of sonic. With each subsequent tide of clunking percussion and powerfully punching drums, Gydra go for the main sound arteries, showcasing their undeniable affliction for the darker worlds they take pride of place in. Having already detonated releases on the likes of definitive imprints Eatbrain, Renegade Hardware and Bad Taste, they’re here to make their mark on the independent which is currently slicing their way into the genre’s fabric. Together, their invasion is imminent and these two tracks from Gydra go on to demonstrate that fact. Ignescent and Gydra are about to filter their way throughout the genre’s consciousness.