Fatality - In my mind ft. Bellyman 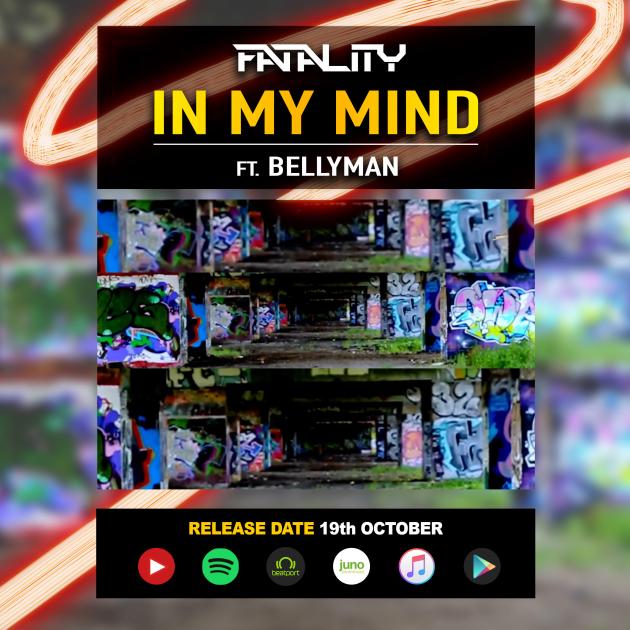 'In my mind' boasts a traditional set of roller style drums, with an uncompromising Reese bass riff built to give you goosebumps no matter the size of the soundsystem you listen on. The intro is delicately coloured by eary pad textures which build suspense and anticipation guiding the listener into the atmospheric 16 bar build-up. Adding to that, Mc Bellyman drops a tasteful 16 bar vocal, complimenting the intro and it's original sample 'in my mind'.

'In my mind' attracted the attention of a handful of big names in the scene and was then featured on Mc Decoy's full vocal & visual project which he released on Youtube and Facebook.