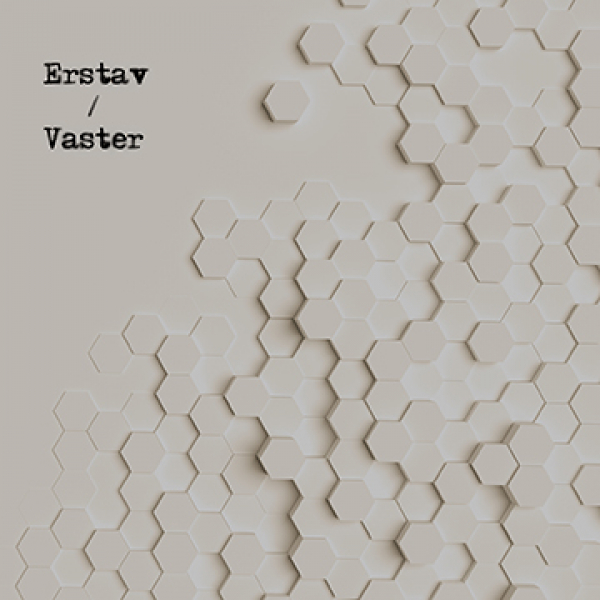 After their highly acclaimed debut album , Cold Europe in the winter of 2016-17, Erstav return with an EP that can be described as Halftime DnB meets Techno meeting Tribal with some Acid to push it a little further down the rabbit hole.

On Vaster, Erstav’s outstanding analog sound design is once again on display, the beats are laced with tribal percussion and the grooves are as tight as they are mind bending.

The EP kicks o with, ‘Gold’; a tune driven by beats and percussion with some acid lines throw in to create a relentless funk. The theme of tribal drums is continued on ‘Symbiosis’, which has an infectious bounce that will be hard to resist, ‘Pliable Mind’ then pushes most minds to make sure that they are pliable, with epic arpeggiators and a beat that can be described as deep techno, done for halftime, and the closing tune, ‘Light Eruption’ may well be quite the head turner for fans of the Slowfast versions of Halftime DnB.

Founded in 2015 by the the Italian artists Marco Ravo and Alessandro Cilano, each having different backgrounds ranging from Breakbeat, Sound Design and Techno to Punk, Power Electronics and a passion for music hardware respectively, these two artists combine under the moniker ‘Erstav’ and the result is an intense journey of intense moods, beauty and flow.