Dysfunction - Beside Self EP 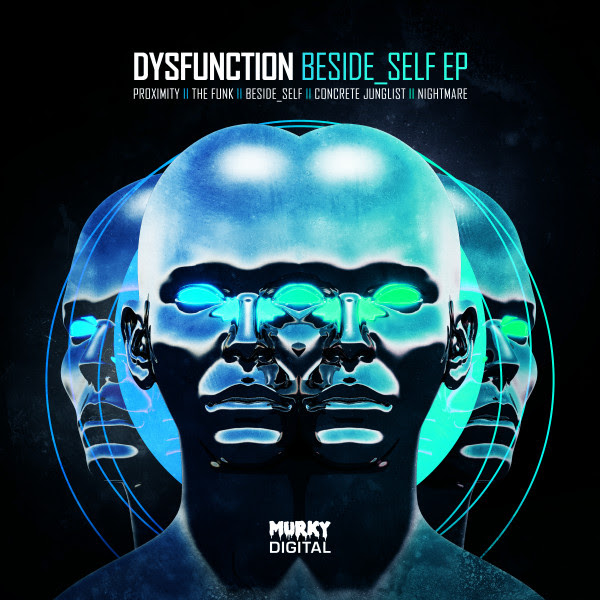 Autumn has arrived, and it’s a time for change. With the new season comes a new signing to the iconic South East England drum and bass hub Murky Digital: emergent 21-year-old producer Dysfunction comes to the fore this October with their label debut, Beside_Self.

Having made a name for themselves in recent years with an array of self-released material ranging from drums to deep dubstep, the Aberystwyth and Oxford-based DJ has quickly drummed up acclaim for their SoundCloud drops, including the recently released free EP Pyramid Scheme. Currently zeroing in on jump-up and minimal stylings but by no means constrained by a particular subgenre, they bring a boundary-pushing ethos to their oeuvre, drawing on disparate influences across the wider D&B scene ranging from Alix Perez to Original Sin to Tantrum Desire.

Dysfunction’s Murky Digital debut, Beside_Self, is a suitably seismic introduction to this budding beatmaker. Commencing with eerie, delay-soaked plucks, opener “Proximity” bubbles to a searing climax as breakbeats muscle their way into play, peaking with a combination of jagged, innovatively crafted basslines and sudden vocal exclamations. “The Funk”, meanwhile, lives up to its name, utilising jazzy snippets of guitar before hurtling into turbulent, jump-up-infused crescendos dominated by skittish sub-bass. Title track “Beside_Self” is a deep, minimal affair, revelling in reverberating ambiances, while “Concrete Junglist” pairs resonant basslines with frantic percussion, showcasing yet another string to their bow. Last but not least is “Nightmare”, an eerie number which kicks off with moody chords, launching into shrieking drops befitting of the track’s title.