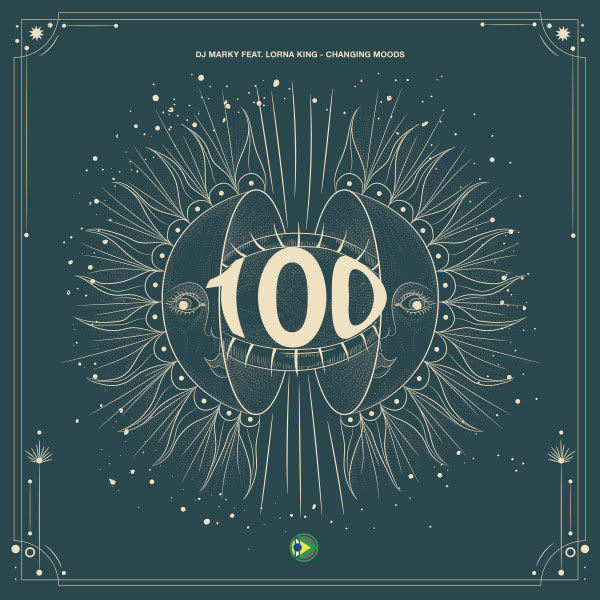 ‘Changing Moods’ showcases the warm Brazilian sunshine D’n’B that Marky is known for. Lorna King’s uplifting harmonies intertwine with playful melodies to shape a guaranteed party starter. “There are two stories behind this track – one sad and one happy,” Marky explains.

“I remember when Luke (LSB) phoned me up and told me Marcus Intalex was doing an album, and he asked if I would write a track for it. As I was working on ‘Changing Moods’, we lost Marcus. I was in complete shock. I stopped working on it, it just didn’t feel right. When I felt I was in a better place, I started working on it again and completely changed it. I had reached a stage where I was really happy in life and wanted to breathe life back into the track.

Around the same time, I did a remix with Dr Meaker, ‘Deep In My Heart’ (featuring Lorna King) and I really loved Lorna’s voice. I thought that I need to do a track with Lorna – so I called her up and said I’d made this track Changing Moods, would you do some vocals for it? She sent some over and I chopped them up. This may be controversial, but when I played the track for the first time to crowds I thought, this is probably the best track I’ve ever made. For 3 years in a row I played Changing Moods as the encore at ‘Sun And Bass’ and the crowd buzzed to it every time. I can usually tell when people connect to a song. Even still, if the DJs don’t play it I won’t care – it means so much to me, especially with remembering Marcus Intalex and his legacy.”

Since its inception in 2003, Innerground Records has been one of the driving forces in D&B; a constantly innovating label that, outside of its stunning catalogue of releases from the likes of DJ Patife, Calibre, Nookie, S.P.Y, Voltage, Digital, T>I and Total Science, has created groundbreaking technology with Serato, synced with FIFA Street 2 and collaborated with Blue Peter to support music education.

Over 20 years into his career, DJ Marky is still one of the best loved and most in demand DJs in the scene. During the pandemic he was one of the first DJs to start a regular live stream to keep connected with fans, swiftly growing a Twitch audience of over 16k followers. Personal milestones include being the first Brazilian DJ to have a top 15 hit in the UK with the iconic 'LK', which led to numerous TV & radio performances, including the legendary Top of The Tops; being the first Brazilian to have a residency at Fabric; as well remixing Fatboy Slim, Everything But The Girl, Claude Von Stroke and Deadmau5. Innerground 100 is a true statement to both the innovative producer and endearing personality that DJ Marky remains; a DJ & Producer that has been at the top of his game for a long time, and is showing no signs of slowing down.