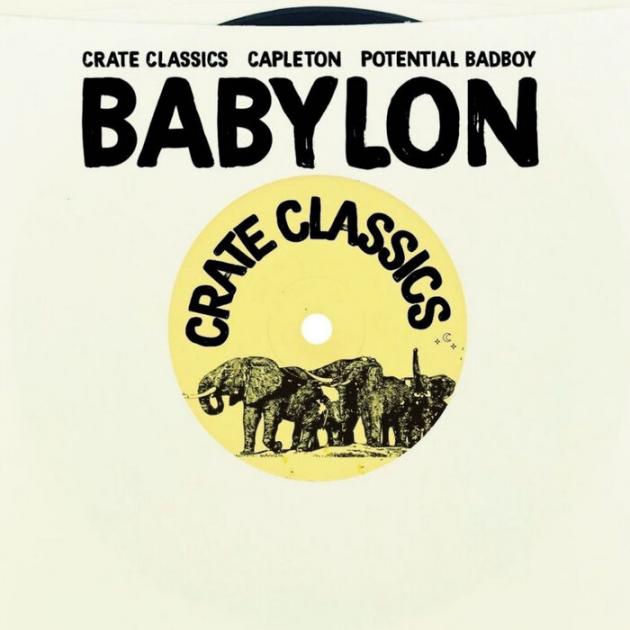 Crate Classics team up with UK jungle pioneer Potential Badboy and dancehall legend Capleton for D&B neck-breaker 'Babylon'. Utilising snap-crackle breakbeats, thickly vibrating sub's and roaring horns that bubble under the surface of Capleton's commanding rasta-rap delivery, 'Babylon' is the type of song that demands to be heard.

On shoulder tapping two of their musical heroes, Crate Classics said 'We're big Capleton fans and really wanted to work with him. He is an icon of Reggae and Dancehall music and we wanted to fuse his energy with a Jungle vibe. We reached out to Potential Badboy and the track came together really organically' Potential Badboy has been a heavy hitter on the UK DnB and Jungle scene since the early 90's, where he got his start with the Ibiza Records family of labels, before starting his own imprint '3rd Eye Records'. He's had a number of remix projects, including working for MCA on official remixes for artists including the likes of Shaggy, Mary J Blige and Nelly.

Capleton broke onto the scene in the late 80's with reggae hits such as 'Bumbo Red' and 'Number One on the Look Good Chart', but it was in 1992 with the release of 'Alms House' that solidified him as a Dancehall icon and later signed to Def Jam Recordings.