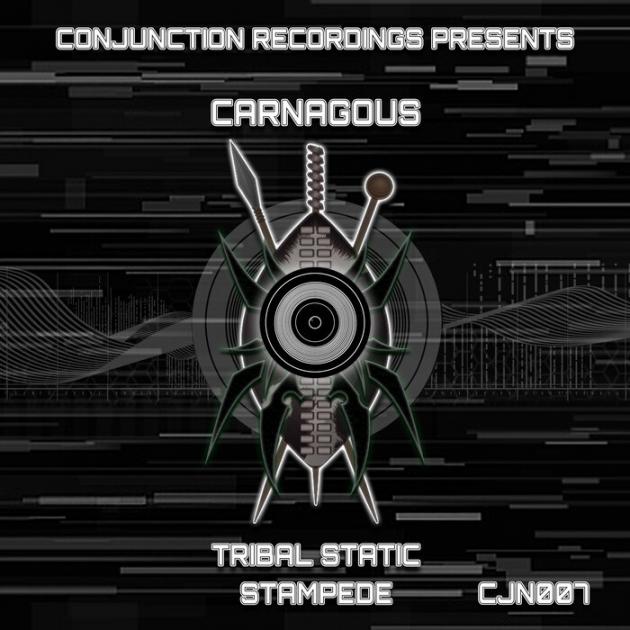 No doubt already a familiar name to loyal followers of Conjunction Recordings following his contribution to the May compilation One Time, the London musician has more than earned his stripes in drum and bass, first steeped in DJing and MCing since the pirate radio era and now equally well-versed in producing both hip-hop and D&B.

Spearheaded by London-based record producer Catalyst.AD, Conjunction Recordings has swiftly risen up as one of the scene’s most exciting new imprints since its emergence last year. Promising a multi-genre extravaganza for listeners and already boasting an impressive back catalogue including contributions from Konnect (2Shy & Promo ZO), J Centrik and K.I.M., they’ve wasted no time in setting up shop, earning praise from clued-up tastemakers such as In Reach Magazine, Jungle Drum & Bass and Drum+Basics.

“Tribal Static” greets listeners with urgently flitting motifs, distorted kicks and echoing impacts, reeling them in from the jump. Before long, a resonant bassline and fast-paced breakbeats snake into play, culminating in a constantly evolving gem of a roller. “Stampede” spotlights a different trick up Carnagous’s sleeve, making use of dreamy leads and swirling pads before peaking at rowdy climaxes built around chugging basslines and tightly programmed percussion. A darker affair complete with multiple key changes, it’s a clear indicator of his production prowess and an equally likely contender for a place in both DJs’ arsenals and fans’ collections. If you didn’t know the name, you will now.