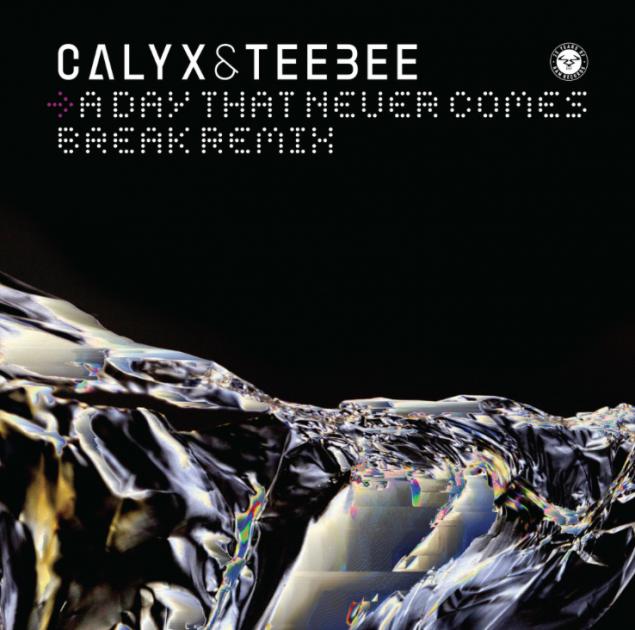 Break and Calyx & Teebee - three drum & bass titans who are combining forces to deliver a monumental rework for the definitive Ram Records camp – one which will become a crucial part of its twenty five year history. After its initial release, ‘A Day That Never Comes’ crossed over the dark, guttural bass sounds which made Calyx & Teebee’s signature so recognisable with the more vocal focused end of their production spectrum. It stood as a signpost for their second LP on the Ram imprint ‘1x1’, which once again saw them take their production to an even higher climate.

Break re imagines ‘A Day That Never Comes’ and twists Larry Con’s husky, melodic vocals into a rolling undercurrent of pumping funk. The tightly-fashioned, clattering breaks moves through the composition Calyx & Teebee laid out before the remix was delivered, pumping through every layer to build the track piece by piece. The merging of Break and Calyx & Teebee had delivered a heavyweight formula, one which showcases the undisputable reputation of all three artists.

Together with Ram Records, prepare to be brought into an engineering which has continuously set a standard for quarter of a century. Whether it’s the label or the artists who’ve helped make it such a renowned entity within drum & bass, all three parties continuously push boundaries with every earth shattering release.