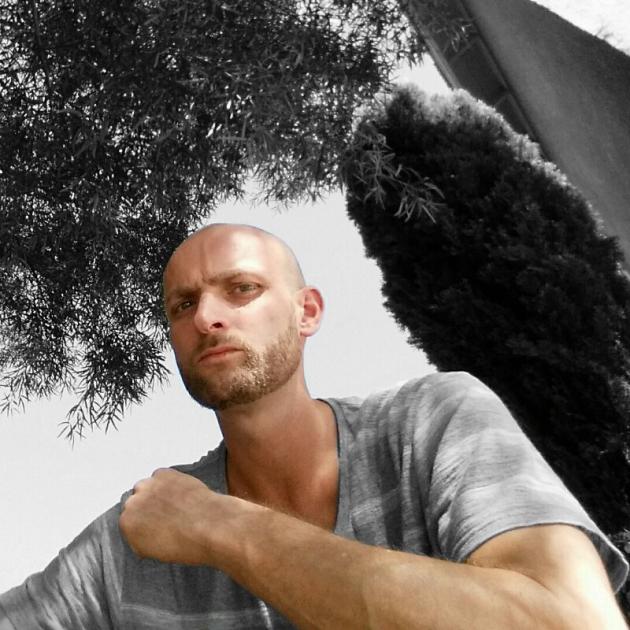 After taking a break performing live, Tremor is back in full force for 2017 both behind the decks and in the producers chair. He speaks to JDNB and tells us his vision as an artist and about his past experiences in the underground scene.

1. Hi Tremor ! Thanks for taking the time out to talk to us. The first thing that I always want to know is about artist name – what was the inspiration for choosing 'Tremor'?

My old DJ name back in the day used to be DJ B&H, I wanted to change it as I started to get into production more and wanted to start with a new name and a new flavour. I used to play alongside DJ Atmosfear, one day I thought to myself ”Atmosfear and Tremor, has a nice ring to it”, I’ve kept the name ever since.

This is a hard one as I’ve grown up around music, from like 9-10yrs old I was really into music and always wanted to play an instrument but never had the chance to.  From that young age it was Bob Marley, Gregory Issacs, Phil Collins, Pink Floyd that really used to play a lot. I got into the electronic music in 1989 when someone handed me a mixtape, I started to search around and the ‘The’ One track I could say that made me want to become a producer was ‘Nightmares on Wax – Aftermath’,  it’s a killer of a track.

One of the best memory’s I had between this time was playing every Saturday afternoon before our listeners were getting ready to go out to the latest and greatest rave and the phone going absolutely mad from people on the road in their cars listening to my set. We had this one phone call and she asks if she can say something live on air, we put the phone to the mic and about 5 people shout out “B&H you are the start of our night out”, it might have been my mates having a laugh, but I was touched nether the less.

Phil Collins voice is one thing but it was really the way the track harmonized. Starts with some low toms, snares and hats, builds up really nice to the vocals. The captivation for me was this slow build-up track kicked in with an out of the world drum roll and a bass guitar and was all of a sudden upbeat.

It has to be Dream FM for sure, it was a good little family there, and the Dream Allnighter events were out of this world.

I used to walk through the doors of Labrynth when I was a young raver, the DJ booth was at the back but could be clearly seen above the stage, at the time it was only a dream to play as a DJ there.  I wanted to play there…..badly, I got my confidence up on the decks and got speaking to Joe the owner of Labrynth and to my surprise was happy to give me a shot, I also met MC Ruff who was a really good mentor to me at the time (theres an old mix set of me and Jim on youtube.comtremormusicchannel that you might want to catch as it’s very rare to hear a mixset of MC Ruff.)

Yes of course, on my Journey in the 90’s I met Lee from Xenon Promotions who had worldwide hookups. I receive a phone call from him one day and he said “do you want to go to Russia for three days and play at two different venues, all expenses paid and I’ll give you two grand” my jaw dropped to the floor. Now the messed up story is this, because I’d also played at Ministry of Sound they were expecting House music, I wasn’t really a House person but managed to scrape 75% of my record box of House records and the other 25% were records like Ray Keith – Renegade, Foul Play, Deep Blue – Helicopter etc.  The first venue flopped big time when I played House; they were not feeling my selection.  At the second venue 300Km away I thought to myself “I can’t risk that s**t again.  Panicking throughout the day I had a Radio Interview at Radio 5 RU in which I had a translator and a TV interview before the venue. When it came to showtime that night I looked down at the record box and thought “f**k it, I’m playing the 90’s jungle mate and it’s all I got left”.  First track was Ray Keith – Renegade, Piano played and then the amen dropped and the crowd went mental, Drum and Bass saved my arse that night, it was the most banging 2hr set and they loved it.

My Re-invention was around 1997-1998, Drum and Bass had really picked up around this point for me with the likes of Ed Rush and Optical, Twisted Individual etc.  When I started to hear the filthy twisted synth’s I went through a phase where I wanted to lay DJ B&H to rest and reform with a harder hitting name and wanted to get into those filthy bass lines, my first track ‘Optiplex’ displays such ‘filth’. I guess the Internet coming into force in the late 90’s enabled me to just start setting everything I did under the name DJ Tremor.  The change was hard on me though as it was though I was starting all over again.

They contacted me and wanted me to do a Drum and Bass Remix of one of their tracks.  They sent me some of their catalogue and I sifted through for days and days trying to find something that I felt, I said I wasn’t feeling any of them and they sent me ‘He’s my Bitch, the lyrics were “I’m his girl and he’s my bitch” too funny not too do a remix I guess. I sent them the track and they loved it, I had to send it back and forth to Universal Music to get it right just as they wanted it. It was a great experience

I have a few tracks in the pipeline, I’m changing the way I work which is a task in itself, but I’m really trying to get Bad Company to have a listen my Reboot of ‘The Nine’. Ray Keith has been rinsing the s**t out of it on his radio show.

I would say my main goal as an artist right now is just keep on learning and not to wrap my head around writing music for a release but writing because I want to broaden my abilities.

I would say having a release on Sliced Note is a big notable part right now.  I’ve always wanted to release on this label but at the time my production wasn’t really cutting it.  Last year Miss Represent noticed me from the E.P I was sending around and snapped it up; it’s been a pleasure to work with her.

Cubase from day one and till the day I die.

Take your time, be original, and find YOUR flavor.

You’re very welcome, thank you for your time, I’d just like to shout-out to my family for all their support, Miss Represent, Bass Beat Repeat Crew and mostly the entire Drum and Bass family across the world, I’ve been into this Genre for 25years and without all the producers, independent labels, DJ’s, listeners, ravers, writers, journalists, dancers and general nut jobs that took the risk to follow the best genre………none of this would be alive and possible today in 2017