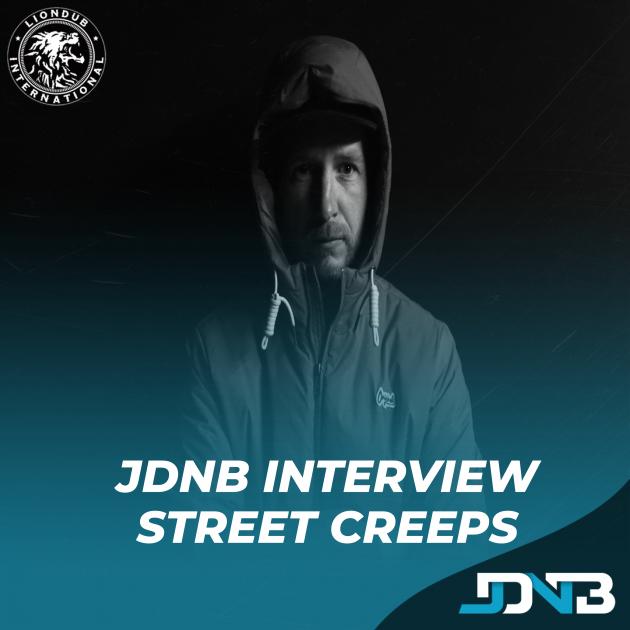 Mid 90’s underground warehouse parties and the jungle sound is the basis of where all of Street Creeps early influences came from, earning his stripes with the legendary Luton based free – party collective “Exodus”.  With over 15 years’ experience DJ’ing and producing, Street Creeps takes his influence from the underground hip hop, reggae and jungle scenes.

Street Creeps has performed all over Europe and at legendary venues in the UK including, Brixton Mass, Cable, Beautiful Day’s Festival, Boom Town and the Custard factory. With his 'Hungry Belly' release feat the exceptional lyrics and flow of Rider Shafique recently dropping on Liondub International, we thought it would be good to drop him a message and ask a few questions about the release and to find out more about Street Creeps.

My name is Michael, I grew up in Luton and have been producing for 15 years. I run a recording studio also based in Luton, mainly helping young people who have been excluded from school.

Soul, Hip Hop, Reggae and House music all had a huge influence on me and have shaped my musical journey, especially Reggae. Artists like Ninja Man, Shabba and Eek A Mouse have had a massive impact.

Jungle, drum and bass is more than a genre, It’s something that can bring everyone together. Doesn't matter your ethnicity, rich or poor, young or old. That is powerful and it's something to be celebrated!!

Minimal, dark with a jungle influence.

Hearing jungle played for the first time in a dark warehouse through a big sound system is what did it for me. I had previously just been listening to jungle at home as I was too young to go to a rave. Sneaking out one night to go to a local warehouse party put on by the Exodus Collective I can clearly remember hearing a track by D’livin, called Why.

I was totally blown away as it seemed to be a little different from what was being made at the time. Another track that confirmed my love for jungle/drum and bass was by Dj Ascend - Can't Play Bass, haunting vocals with a menacing Reese bass accompanied by a tearing amen break was the perfect recipe of sounds to get me hooked!

‘Hungry Belly feat Rider Shafique’ is out now. How does it feel to finally get it out there and to work with Rider?

Feels great to have it out there, Rider is a genius! His lyrics reflect current and historical struggles, no nonsense, cutting edge truth.

Having a release on Liondub is a big one for me, getting to work with some amazing artists and being lucky enough to Dj in some amazing countries and venues.

I’m lucky enough to have two spaces to work from, my home set up is all in the box using a set of Audeze LCD-x headphones. Cubase is my DAW of choice. The second set up is my work which is where I'll use a bit more hardware alongside a pair of Adam A77X’s for monitoring. Fav piece of equipment will be my Korg MS20, Maschine and Serum.

Inspiration comes in many different forms. watching a film and hearing a good sample. I can usually then build a track around that sample. Listening to different genres often gives me inspiration. New plugins and gear really help as well.

Network!!!! Try and build a relationship with other producers and labels, not just cold calling!

If you could remix one track from the Liondub International back catalog, which one would it be?

Just to keep on releasing more music, I’ve got some different projects lined up for 2022 so I'm quite excited about that.

I love the fact you cover all aspects of Drum and Bass, for me it's a one stop shop for all that is fresh and exciting within jungle/drum and bass.

Shout out to Heist who has really helped me with many aspects of mixing and production. Digital Roots, Exodus Collective and of course Erik over at Liondub and Rider Shafique!!