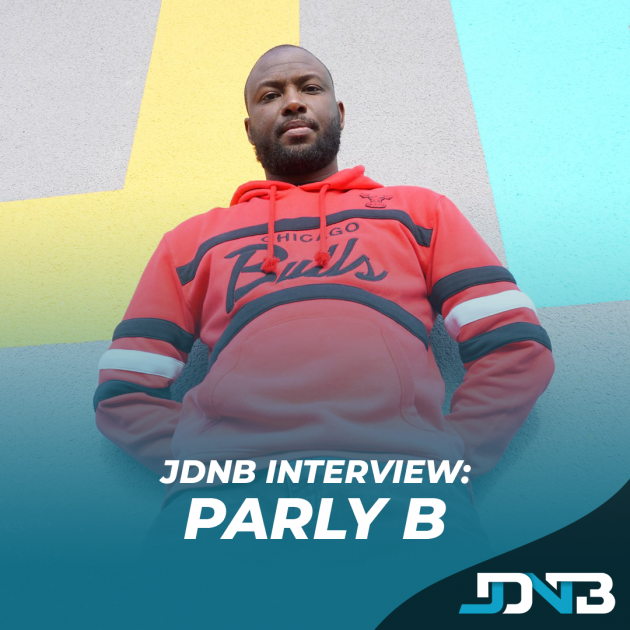 Parly B aka The Yorkshire Raggamuffin hailing from Doncaster in South Yorkshire, UK released his debut album on the 23rd November 2018 called ‘Lyrics Spree’ on Scotch Bonnet Records. This year during Covid he has been working on a second album which is a full Jungle project with Liondub called ‘Hot like Fire’. Featuring a number of different producers such as Fleck, Speaker Louis, Selecta J Man, Aries & Jacky Murda to name a few. It's going to be a three part chapter project, the first chapter out on Liondub International drops on Friday 23rd Oct 2020 exclusively over at Juno Download.

Parly B has gained popularity after a string of releases from 2013. Starting with his first release called ‘In a competition’ produced by Tradesman, which came out on Scotch Bonnet on 7” Vinyl. Then he rapidly made tracks with a number of different producers such as Danny T & Tradesman, Ed West, Riddim Tuffa, Origin One, Mr Benn, and Fleck. Established for his unique style and delivery and with the support of Mungo’s Hi Fi, Moonshine Recordings, Reggae Takeover, Riddim Tuffa, Irish Moss and Nice up Records has made an impact in the scene.

Parly B is a versatile MC/Artist who in the past has written to a number of different genres of music such as Reggae, Dancehall, Digital and Jungle/Drum & Bass. Releases on Jungle labels such as Liondub International, Serial Killaz, Born on Road, working with producers like Benny page, Fleck, Aries, Gold dubs, Chris Munky and Selecta J Man. Parly B had a lot of radio play from a number of different DJ’s on BBC National Radio. David Rodigan on BBC Radio 1 Xtra and Don Letts & Steve Lamacq on BBC Radio 6. Nicing up the sessions up and down the country and overseas and has played at some major festivals such as Glastonbury, Boomtown, Shambala, Beatherder, Beats for Love in Ostrava, Uprising Festival, Overjam & Outlook Festival, Island vibes in Australia. Parly B as done shows in a number of different countries around Europe, also further a field in Mexico and Australia.  We had a little chat to find out more and talk about his latest LP project 'Hot Like Fire'.

During the Pandemic I used some of my time to record new material in the studio and work on the new album with Liondub.  Talking to different producers to see if they wanted to get involved in the project.

Listening to mixes and remixes by producers who are involved in this project.  I also spent a lot of time with my family, going for walks when we could just to get some fresh air.

My parents are both from Jamaica, my Mum from Kingston and she is half cubian and my Dad was born in Portland.  I was born in Doncaster in South Yorkshire, my father often played reggae cassettes in the car which he brought back from Jamaica, such as Gregory Issac, Yellow man etc.

In the 90's I loved listening to Dancehall artists such as Beenie Man, Capleton, Cutty Ranks, Ninja man, Shabba to name a few.

What would you say first got you into jungle / drum and bass?

I first started listening to Jungle back in the 90’s when it was the first Jungle Techno.  At secondary school i remembered mcing to Baby D - Let me be your Fantasy.

Then i started listening to tunes like Chopper - Shy FX Remix, DJ SS - Lighter, Wolf - Shy FX, Roni Size - Brown Paper Bag.  I used to go to my mates house called DJ Schweet. We used to link up every weekend and have a session and record it on tape.

I remember we used to listen back to it when he was copying the tape and he tried to give me the copied tape not the master. We used to laugh as I never fell for that trick.

Was there a standout track that made you think, yeah i can do something and be involved with this sound?

Describe the moment you first heard the legend that is David Rodigan playing your tracks on Radio 1Xtra?

From around 2016 David Rodigan has played a number of my Reggae/Dancehall releases, such as Duppy - Produced by Fleck, Mi Bredrin - Produced by Origin One, Galang - Interrupt - Sound Transmission Records, Rude boy Skank - Tradesman.

When he first played one of my tracks it was such a wonderful feeling hearing my voice over the FM dial, he made me feel certified.  Especially when he made a comment about my unique style of DJing aka Toasting.

You have visited so many countries performing, which was the most memorable and is there anywhere you have not been to yet that you would love to go and perform?

Doing a tour in Australia was a great experience, I played in Melbourne, Sydney and Bryon Bay.  I was lucky to get the chance to play there three times and the second time I brought my family with me which was awesome.  We got a chance to do a bit of sightseeing.

It would be great in the future to go and play in the Caribbean and in India & New Zealand.

I also recorded a music video for a track called ‘Dance’ with Oren from The 4’ 20’ Sound.

How did the linkup with Liondub International come about?

Liondub did a remix of a track which I did with Gardna called ‘Big bad Sound’ around 7 years ago.  I was really feeling the production on the remix

It would be great to do a track with The Ragga Twins, Potential Bad Boy, Marcus Visionary, Chase and Status.

Your LP ‘Hot Like Fire Chapter 1’ is full of so many great artists, how did you go about getting them all involved?

Alot of the producers such as Fleck, Jinx in Dub, Selecta J Man i have worked with them in the past on tracks.  Speaker Louis contacted me on Facebook and he remixed two tracks for the project including ‘God Father’.  Also Zoro contacted me on Instagram and we started working together.

Liondub helped with getting producers involved such as Jayline.  I have met Chris Munky a few times and he is a talented producer so it was good to get him and Operon involved in the project.

All the links through social media, Sikka is a local producer from my hometown who I have known for a longtime.

Liondub told me a producer called Toby Ross and ALR have done a Bootleg of ‘Motorbike” on Soundcloud which sounded great.  So I got in touch with Toby and sent him over the stems so he could do an official remix which is featured on the album.

Which tracks from the LP did you have the most fun making?

I really enjoyed writing and recording the ‘Lamborghini’ track for Gella & Jinx in Dub. As the vocals are really animated from me making car horns sounds in the chorus to 3 point turn noises in the verse.

Anything else to come from yourself on Liondub International?

In my spare time when not doing music I like to chill out with my family and go to the cinemas and walks and bike rides.

The website has a mixture of different types of drum and bass news from Jungle, Liquid to Jump up which is great as its caters for everyone.

Also big up Eruption for the press shot and respect to you Chilla for showing so much love for the album.  Respect everyone for the support. It's appreciated.

'Hot Lik Fire - Chapter 1 LP' by Parly B is out on Liondub International via the following links: Download / Stream Here