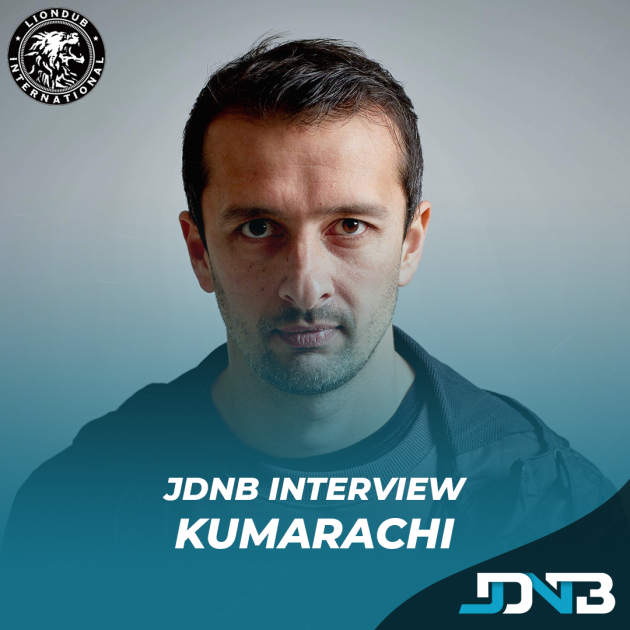 Straight out the streets of Nottingham, the new-school sound of Kumarachi is one that fans of that old-school jungle vibe have been digging on for a minute now. With heavyweight releases on imprints like DJ Hybrid’s Audio Addict and Deep in the Jungle, the surfacing of the underground sound of Kumarachi on none other than Kasra’s forward-thinking Critical imprint at the end of 2017, which was a welcome surprise.

Tasked with helming the ever-impressive Binary series on Critical, Kumarachi merged the very best elements of the old-school with a new-school sensibility. Summed up by the deep and deadly vibes of “Someone”, to the insistent breakbeat-driven intros and shuffling junglistic grooves of "Dusk" and “NG”. 2018 began with “Still Here” being included on on Drum & Bass Arena’s Anthems compilation, and thereleases have continued since. The most recent releases were his “Saturn’s Return EP” on Deep In the Jungle which showcases a deeper, rawer jungle sound, while his “Lisbon" single on Skank and Bass focused on the more minimal side of Kumarachi’s sonic footprint.

Most recently in 2021 his “Riddim” EP has come out Uproar Audio, Liondub’s new sub label and a 12 inch release of “Cache” on Dispatch Recordings Blueprint series in collaboration with NC-17.  We had a little chat to find out more about the release alongside Epicentre on Uproar Audio.

Thanks for getting in touch!! It’s been pretty hectic actually, we’ve been homeschooling during the lockdowns and had a baby boy in December so it's been full on at home really. Then trying to find a bit of time for music as and when it's possible.

Tell us a bit about yourself and where you come from?

I’m Ben / Kumarachi from Nottingham. I've been producing and Dj-ing a while now. Been lucky to be able to be approached by some wicked labels for tunes and projects. I’m self employed in the construction industry as well as having done production tuition and a bit of mixing tunes for other artists too.

What's the jungle, drum and bass scene like where you live?

There’s a few different nights/events around Nottingham. The biggest being Detonate Festival which has a full spectrum of jungle and drum and bass, then there’s nights like Basslayerz which are more jump up / rollers kinda vibe, as well as newer nights by the likes of Jungle Tribe which host a full spectrum of dnb and jungle which, before the pandemic were doing really well. So hopefully they can all pick up where they left off pre Covid!

I think it's the most forward thinking music genre. Granted there are a lot of "throwback" tunes too but the production levels always seem to be pushed in dnb first for me.

And it’s a freedom, a freedom to bring in whatever your influences are from other genres or interests to create your own sound. As well as a freedom that it doesn’t matter where you come from, what you look like, how young or old you are, if the tunes are banging then they’ll be played and enjoyed.

I grew up listening to a lot of Motown as my Mum loves it, my grandad played the organ too which I guess started me on a musical path. Then I got into guitar based music in my teens as well as starting to hear bits of drum and bass and jungle and hip hop from my brother and friends. So quite a mix!

I think it was so otherworldly compared to me playing guitar, so for me there was like a mystique around it, about how to make it as I didn’t have a sampler just a GM sound box and used to try and create tunes with that and an old Atari.

Then hearing tunes on Good Looking and Roni Size and Metalheadz and then early High Contrast later out in Clubs was probably when I really paid attention, that first time you feel tunes on a proper rig and wanting to be able to hear my tunes like that.

Probably playing at the first Let It Roll in London at Brixton Academy, having a 12” pressed on Dispatch with NC-17 that’s coming later this year and I’d say having a release on Critical too, as that opened a lot of doors for me.

So at the minute I have a laptop setup for getting ideas etc and my main studio setup that I go to to finish things up properly. My favourite pieces of kit are probably my Space Echo and some distortion boxes that Andy (Epicentre) made, I run things ragged through them!

What came first DJing or producing?

Producing, I got into DJing after starting to produce to be able to play out.

NC-17 ….. I’ve never seen anyone write so many tunes at such a high standard …. he wrote a trilogy of albums as well as side projects, collabs and singles over the last year or so, but for each album there must have been 30 odd tunes plus to pick from…. absolutely insane!!!!

Break…. the perfect combination of vibe, feel without being spoiled by the technical side of producing. It's so easy for a tune to be technically great but not have the feel…. not with Break tunes.

Your ‘Riddim EP’ alongside Epicentre is out now on Liondub International imprint Uproar Audio.  How does it feel to get this EP out there finally?

Feels amazing to get it out there, and have that connection to Uproar and Liondub too. I’d held back Riddim and Combination Style for a while for the right project and the tunes with Andy came together at just the right time to be put forward for it too. I was really happy to be able to have them all on this EP.

It can be anywhere really, but generally for me it's finding a sound that just sets you off, that could be a break, a bass sound, an atmosphere, no set thing really.

If you could remix one track from Uproar Audio,  which one would it be?

With a bit of luck to try and up my output release wise as I’ve been a bit quieter the last year and just see where it takes things.

It's a wicked site for all things DnB and Jungle, whether its release reviews, interviews, features or event listings it's all there. Check it out!!!

Thanks again for getting in touch, definitely, I’d like to shout out Chilla for hitting us up for this interview, Erik, Jamie and Martin at Liondub and Uproar, suppose I better mention Andy/Epicentre….don’t want him crying that I didn’t haha…. and everyone supporting the tunes it's always appreciated . Big Up!