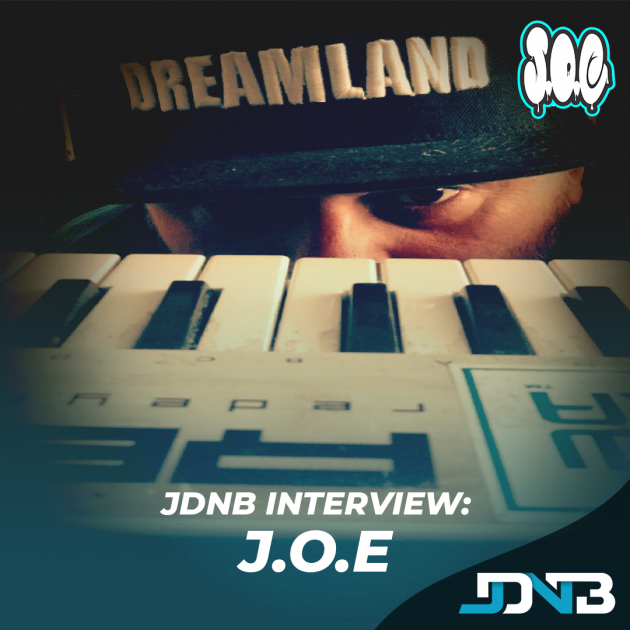 Hailing from East Anglia, J.O.E is a jungle / drum and bass producer who is Inspired by all that's good in jungle / drum and bass music.  J.O.E counts his influences from the likes of Roni Size, Krust, Die, Potential Badboy, Hype, Dillinja, High Contrast and Zinc.  After getting into Djing from an early age, J.O.E went on to pick up producing around 2002 and has enjoyed releases on Dread, Liondub International, Maad Ting, Calypso and Sub Heavy.

We had a little chat to him about his latest release on the Liondub Street Series and also about a few other things too:

Ezzz thanks for checking the EP.

I've mostly been working tbh, I work in haulage, so we got back to work quicker than others. The biggest positive out of the pandemic was spending more time with the fam. I also got to work on  music.

Tell us a little bit about where you're from, and where you get your musical background from?

I got into DJing at an early age and started mixing from early buying a 12" a week with my pocket money. Have been into the scene from the hardcore pirate radio days right through till dnb today. I have also dabbled in dubstep and hip hop production for the likes of Franko Fraize and Mic Righteous.

What would you say first got you into drum and bass and was there a standout tune that got you hooked?

Oh wow!! That's a hard question because my memory is terrible! Haha. It probably has to be 'Rufige Kru - Terminator'. The weird time stretched funky drummer break(I think) and dark soundscapes had me captivated.

What's the best bit of advice you can give to up and coming producers when trying to get their tracks listened to by a label?

The best thing I think is having a solid body of work as labels often would like to hear more than one track. So it's very important to take time on building up a portfolio of tracks which are unique to you.

You can choose 5 DJs and 5 hosts/mcs for an event, who are you picking?

So many great producers have come from the East Anglia region including Liondub Internationals ‘Pharoah’.  Is there anyone from that region you would love to do a collaboration with?

Jump up mainly, but do like to produce jungle and other styles of dnb.

Which came first, DJing or producing?

A trusty laptop with Ableton, vital and serum. Audio Technica headphones and some old skool Alesis monitor ones

Well it was an awesome achievement to land an EP on Dread this year after buying the very first Dread release when I was a teenager. I also am very proud to be involved in the Street Series, as Erik ‘Liondub’ has done so much to bring through up and coming producers and has had some monumental releases so far.

Ouch! What a hard question, so many great releases. Probably Anglo Saxxon by Jayline.

How did the link up with Liondub and the release of your debut EP on the 'Liondub Street Series' come about?

I had a collection of tracks that my good friend Conrad Subs said I should forward to Liondub and the rest is history.

Anything else planned to come out on Liondub International?

Yes I have a few Jungle tracks on the next ‘Jungle To The World’ compilation and hopefully an EP on Liondub International very soon.

Spending time with the fam, good food and laughs with the wife.

The site is full of the latest info on tracks and producers and what's popping in the scene. Site is slick.

Shout out to my long suffering wife Rox who still manages to sound interested in my kick drums. Conrad Subs who keeps me on this no matter how many times I fall off. Erik at Liondub International who showed love, Decibel, Franko and Tone, The Maad Ting Chat Fam and anyone who has supported the music.

Liondub Presents Street Series Vol55: Back To Basics by J.O.E is out now on all streaming and download platforms: Stream / Download Here