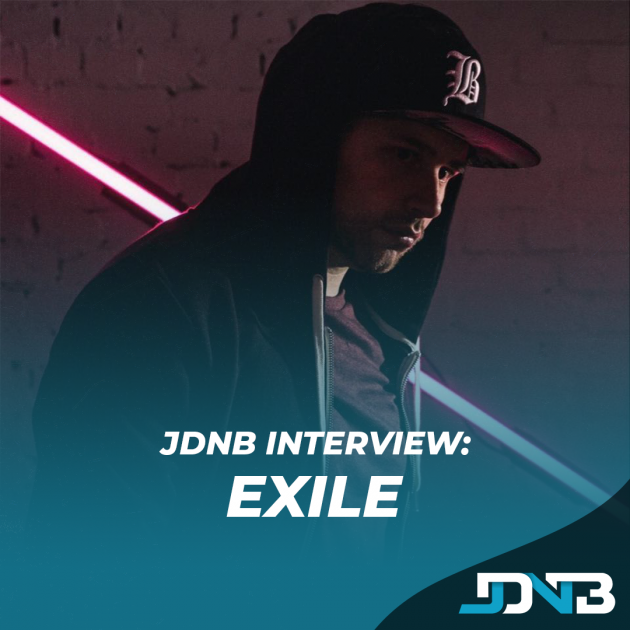 Encapsulating a musical background of epic proportions, Exile is beginning to gain momentum in all things drum and bass. And you can see why. Fusing sounds from a variety of past experiences; expect epic intros, screw-face synths and basslines to keep you wanting more. This is a name synonymous with impeccable quality production and versatility.
Working closely alongside veterans such as Mark XTC and Eksman, magic is being made. “Take Me Away” was the summer anthem of 2019, spending weeks on end topping the drum n bass charts. With the hype of this tune still going strong, Exile went and shook things up again, joining forces with Eksman and Spyda, this formidable trio created a smasher of a tune and a visual to match in “Disrespect”. Exile’s work-rate appears unstoppable. In the mere two years he’s been building this brand, he’s racked up a seemingly never-ending string of releases on Serial Killaz, Technique, ProgRAM, Chronic, Dispatch and Co-Lab - and we’re barely scratching the surface! With a back catalogue of solo masterpieces and incredible reworks for drum and bass powerhouses, you won’t be disappointed in what you’ll find. This man is all about top quality jump-up, heavy-weight sounds, searing rollers encompassing real, crisp basslines and impeccable mastering. Having had a sneak peak of what’s to come, it’s about to blow up!
Now as he steps up and delivers 5 breathtaking, perfectly produced drum & bass gems for Liondub International.  We had a quick chat to find out a little more about the man himself, and also about his latest release 'Turn Of The Times'.

Tell us a little bit about where you're from, where you are now, and where you get your musical background from?

I'm from Manchester, UK, originally but living in Birmingham.  My music journey is pretty vast and i have been producing for quite a while. My musical background comes from anything that I get inspired by. I listen to all styles of music come from my favourite bands and artists range from TOOL, Deftones, Stevie Ray Vaughn, Hans Zimmer, Cinematic Orchestra, Aphex Twin, Funeral For A Friend, All styles of D&B as there's too many artists to mention.

What would you say first got you into drum and bass and was there a standout tune that got you hooked?

This is a hard one for me. It was Stigma, Concussion, Masochist, 30hz these tunes were pure fire!

Rollers/ Jump Up with a bit of a cinematic element thrown in for good measure.

Which came first, DJing or producing?

I've managed to have the opportunity to work alongside some of the best people in the industry.

Apart from Mark XTC, are there any other producers you would love to collaborate with??

There's so many haha, Noisia would be my dream.  Bou, Dillinja, Calyx & TeeBee, Lost City and Jayline.

Gyalis or The Best VIP

I've been speaking to Erik for a while now about potentially making some tracks for his label and we linked up.

Anything else planned to come out on Liondub International?

Really like the layout, very easy to see everything, wicked stuff.

Loads of shoutouts: Shouts to Erik and the Lion Dub team for having me on here Elaine, Mark XTC, Chris, Tobie, Graham, Bram and everyone else who has supported me through the years.

Exile - 'Turn Of the Times' is out now on Liondub International: Download / Stream Here
Exile Socials: