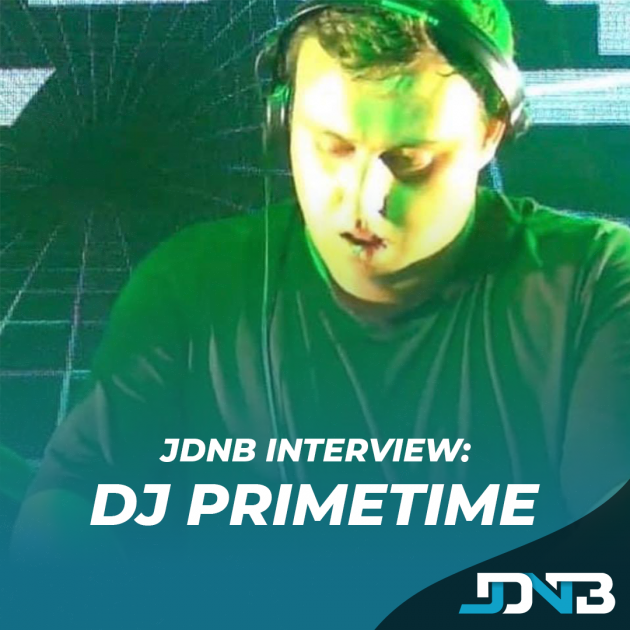 We had a catch up with DJ Primetime, a South East London DJ/Producer and member of 3rilogy with MC Layor and MC Vaga D, as well as also being a regular on Kool London.  We found out more about his journey through jungle / drum and bass and his recent release 'Terrified EP' out now on Underground Major Audio.

Always a pleasure! I have mostly been studying how I can improve my production and sound design. I did 3 courses through the initial 6-week lockdown and it has become more of a habit now that I am continuing. Other than that, I have been writing tracks throughout the Pandemic.

Tell us about how you got into jungle / drum and bass?

I have always been a fan from a younger age, listening to whatever I could get my hands on at the time. Then I started going to events and from then it just kept growing. Now here we are today!

Which came first producing or DJing and which do you prefer?

DJing came first, which I do love as it is a chance to really express yourself. However, the production is really a way in which your sound/style can really be appreciated, so I would say that has taken my preference.

How did you go about getting signed to Underground Major Audio?

I remember this very well actually.  I was in the middle of a studio session with Terra and then I got the call from Major to tell me the good news as I had sent him some tracks previously for some feedback, which he liked.

And describe the feeling when your ‘Terrified EP’ got released on the label?

I was very satisfied with my work and was very happy to have the opportunity to share my work with everyone, that feeling in itself is very warming and humbling.

Any further releases planned to come out on UMA?

We are in talks about a few things in the pipeline, nothing set in stone but I am sure this will change.

What does your DJ/Studio setup consist of?

Any tips for anyone wanting to get their music released with a label?

Describe the time you played on Kool London?

Very nerve-racking, being an avid listener for so long meant that I probably put a lot more pressure on myself than I should have. But after the first couple of mixes it was very enjoyable and a memorable moment, great to be part of the family.

I see you have a track on the Richie Rambo Memorial Album (RIEP).  How did it feel getting your track selected for this album and where can we buy it?

I was very humbled and delighted to be a part of such a great cause, unfortunately I didn’t get the change to actually meet him, Richie was a great person to have in the chatroom during any show as he would get the whole room interacting with his energy.

Are you working on any tracks with anyone at present that we should keep a lookout for?

I have been finishing off an EP and a few other tracks with Terra. I’m sure there will be more as time progresses as everyone loves a colab.

Any MCs you love working with, and who would you love to work with in the future?

I love working with MC Layor and MC Vaga D as part of the 3rilogy Team, as the way we work together just flows organically and its constant laughs along the way

If you could choose one track from the UMA back catalogue to remix, which would it be and why?

KEITH RINSE IT – Break Down: Love the vocals used in this one! It’s a big tune and I want to throw my style on it.

I like that it is tailored for all Drum and Bass fans, there isn’t the separation across sub-genres its welcoming regardless of your preference or style.

My pleasure, I would just like to shout out the 3rilogy Team & Kool Family every time, as well as a thanks to Papa Gee and DJ Major.