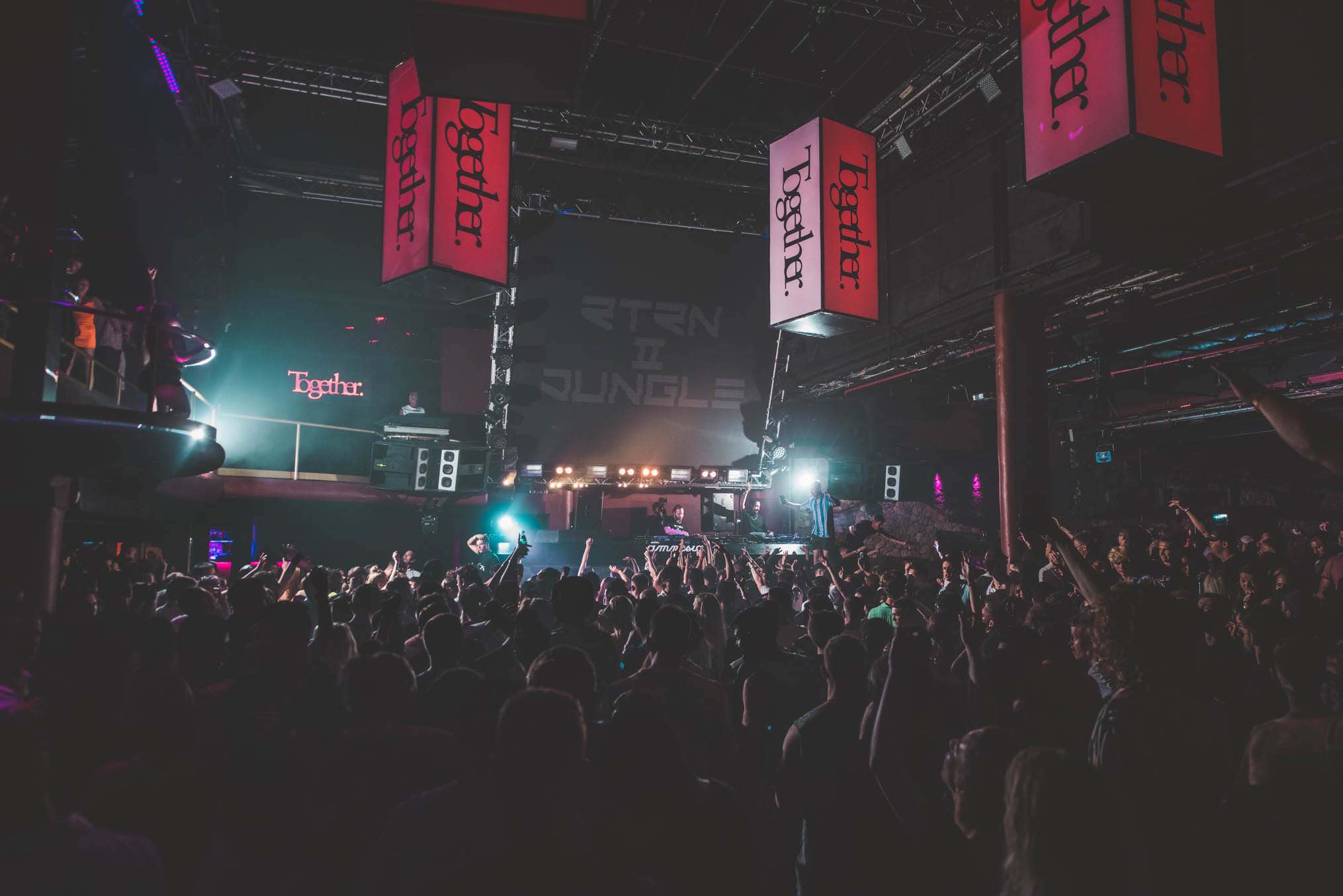 A new decade brings change to the White Isle, and 2020 sees Together switch from Tuesdays to Mondays at Amnesia Ibiza, kicking off proceedings from 1st – 29th June, and returning bigger and better from 7th September to 5th October.

Season headliners Chase & Status will be bringing with them a horde of hand-picked special guests, world exclusive debuts and first time, one-off B2Bs on their most ambitious season yet, showcasing the best from their latest RTRN II JUNGLE project, alongside all new music to road test for those lucky to bear witness.

Never failing to push boundaries, every season Together prepares something special for its fans. From exclusive pairings with the likes of Andy C and Chase & Status (who went back to back in a world-first in 2018); Holy Goof back to back with Jauz; MK, Gorgon City & Sonny Fodera’s triple b2b2b; and Sub Focus joining both Wilkinson and Dimension in the booth for two European exclusives in 2019.

This year also sees Together expand on all fronts with 20th anniversary celebration parties at London’s most prestigious venues including Printworks, and Ministry Of Sound. Together will have two festival stage takeovers at South West Four, and host stages at Snowbombing, and Hideout, with more to come.