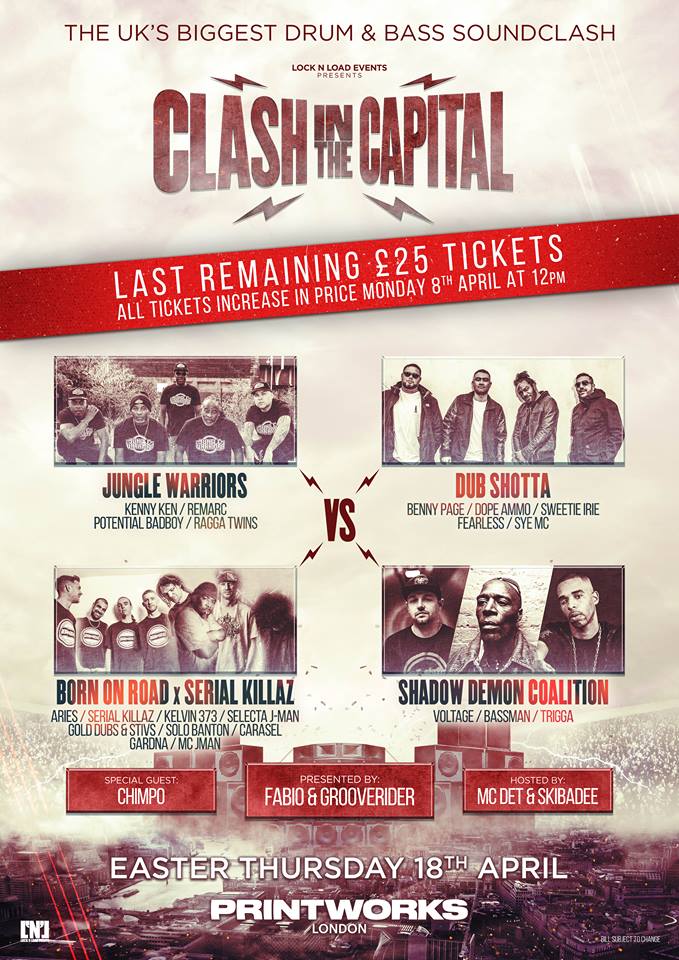 All tickets increase in price on Mon 8th April at 12pm » www.clashinthecapital.com

Inspired by traditional Jamaican roots of sound clash culture, Easter Thursday 18th April will witness four stalwart crews in D&B go head to head in a battle unlike any other...

Four heavyweight crews will venture to East London’s hottest venue Printworks London, for the first time ever in what will forever go down as one of the most standout events of the clubbing calendar.

With our dedicated production team installing two killer sound systems at either end of Printworks for the first time since the venue’s inception, each crew will step up to deliver the most damaging dubplates, finest selections & greatest mixes across 3 relentless rounds to end all sound bwoy!

Hosted by two of the greatest MCs in the scene: MC Skibadee & MC DET!

Expect BIG sound, fierce competition and the unexpected with exclusive music & plenty of surprises to win over the crowd’s support along the way.

Who wins? You decide…