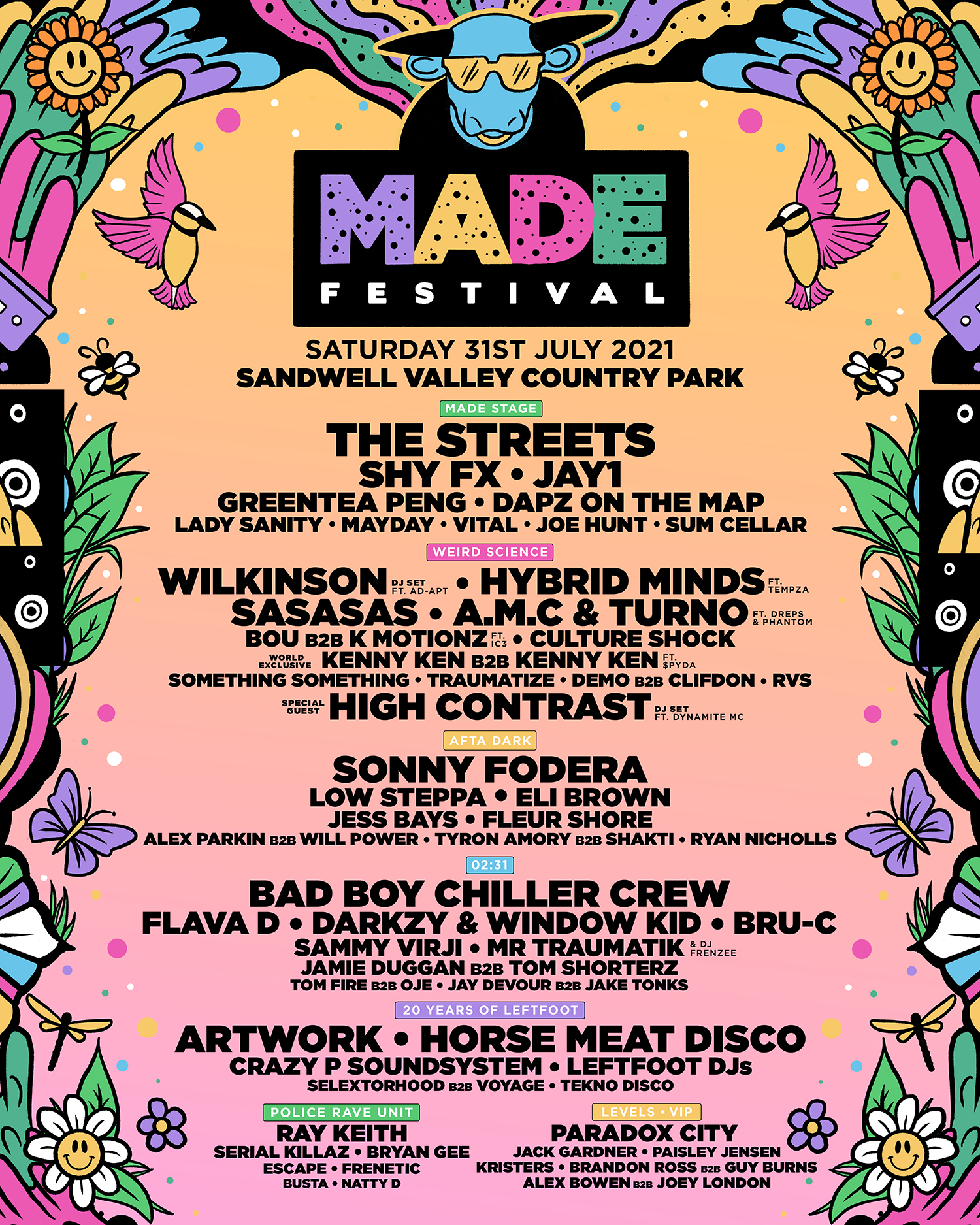 Courtesy of  made-festival.co.uk
The West Midlands’ biggest and best music and arts festival is on for 2021 with increased capacity as it moves to an impressive new home at Sandwell Valley Country Park for its 7th edition. Only the final few tickets remain for this year’s MADE Festival (waiting list available) as it delivers a stellar line up including The Streets headlining in front of their biggest ever home crowd.
Check out the MADE Festival 2019 aftermovie here:
SATURDAY 31st JULY 2021 / SANDWELL VALLEY COUNTRY PARK
TICKETS FROM: WWW.MADE-FESTIVAL.CO.UK
MADE FESTIVAL 2021 CONFIRMED LINE UP
MADE STAGE
The Streets
Shy FX
JAY1
Greentea Peng
Dapz On The Map
Lady Sanity
Mayday
Vital
Joe Hunt
Sum Cellar

20 YEARS OF LEFTFOOT
Artwork
Horse Meat Disco
Crazy P Soundsystem
Leftfoot DJs
Selextorhood B2B Voyage
Tekno Disco
POLICE RAVE UNIT
Ray Keith
Serial Killaz
Bryan Gee
Escape
Frenetic
Busta
Natty D
LEVELS
Paradox City
Jack Gardner
Paisley Jensen
Kristers
Brandon Ross B2B Guy Burns
Alex Bowen B2B Joey London
MADE Festival, the West Midlands’s biggest and best music and arts festival, is close to selling out in record time (waiting list available) as it announces its return for 2021. Together with a move to new home, Sandwell Valley Country Park, and an increased capacity, MADE Festival celebrates its 7th edition with 7 stages, a huge line up and a long-awaited headline set from The Streets – their biggest ever gig on home turf. Over 20,000 festival fans are expected to make up for lost time as MADE continues to grow into one of the UK’s most significant festival brands. Alongside The Streets, MADE Festival continues to support a mix of homegrown talent and massive names including, Wikinson, Sonny Fodera, Shy FX, Hybrid Minds ft Tempza, High Contrast, Jay1, Low Steppa, SASASAS, Artwork, Bru-C, A.M.C & Turno ft Dreps & Phantom, Darkzy & Window Kid, Horse Meat Disco, Bad Boy Chiller Crew, Ray Keith, Crazy P Soundsystem and many more. Together with a mix of urban arts, creative performance, delicious street food and friendly faces, the stellar line up ensures an unforgettable day and night of festival adventures. Only the final few tickets remain for MADE Festival but those who miss out can sign up to a ticket waiting list at www.made-festival.co.uk.
MADE Festival has found its spiritual home at Sandwell Valley Country Park on the outskirts of the second city; an outdoor venue set in 660 acres of stunning scenery only 7 miles from Birmingham with quick and easy travel connections from the city. This space is perfect for MADE Festival to immerse festivalgoers in a day and night of incredible music – covering hip hop, drum & bass, house music, garage, bass, grime, and jungle – as well as live urban art and installations, a wide range of tasty street food and inclusive vibes. 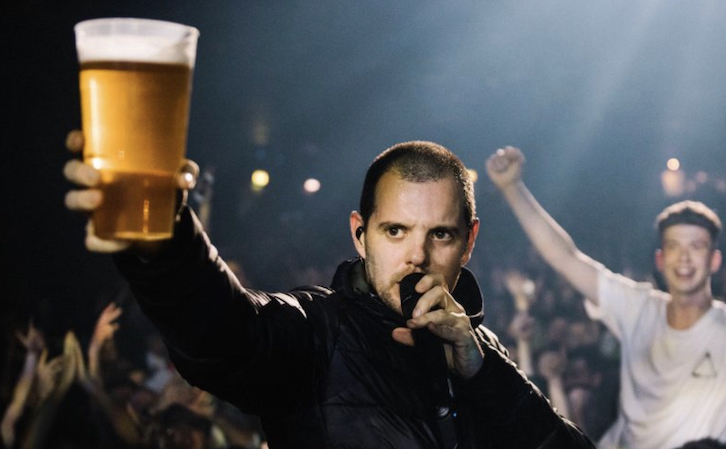 Festival Director Pete Jordan comments. “We are hugely excited to be returning in summer 2021. After a difficult year for so many, we look forward to kickstarting the UK’s cultural recovery and make our anticipated debut at Sandwell Valley Country Park. To have sold out this far in advance is fantastic news and we remain focussed on delivering a safe, welcoming and entertaining event to the West Midlands.”
MADE Festival is proud to bring Birmingham’s favourite son back for a headline performance in front of his biggest ever home crowd. The Streets became the voice of a generation after his 2002 breakthrough Mercury Prize-nominated album ‘Original Pirate Material’, enjoying two further UK #1 albums, and two more UK top 10 albums, as well as a string of hit singles, including UK #1 hit, ‘Dry Your Eyes’. After retiring The Streets in 2011 Mike Skinner had more to say and revived his alter-ego in late 2017. His subsequent sold-out tour culminated in a headline slot on the John Peel Stage at Glastonbury in 2019. The excitement is already growing for The Streets to step out in front of a huge home crowd at MADE Festival on 31st July.
Also announced on the Main Stage is the don of jungle and drum & bass, Shy FX, a mainstay of the drum & bass scene since breaking through over 25 years ago with Apache MC and ‘Original Nuttah’. Coventry rapper Jay1 also lines up ready to prove he’s here to stay after crashing the UK charts with his first two singles. Greentea Peng is a must see. The south east London neo-soul singer was flagged by The Observer as one of their ‘20 for 2020’ rising stars and was voted no.4 in the BBC ‘Sound Of..’ list of promising new talent in January this year. More Birmingham talent arrives with Dapz On The Map, turning heads with his latest freestyle; Lady Sanity, always a favourite with MADE crowds; Mayday, DJ Vital, Joe Hunt, and Sum Cellar. 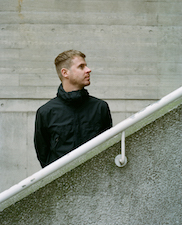 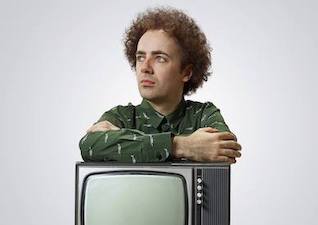 The Weird Science Arena delivers the cream of the crop in drum & bass. Wilkinson has released on Ram Records, Hospital Records, crossed over numerous tracks including the top 10 anthem ‘Afterglow’ and sold well over a million records. Hybrid Minds step up for a MADE debut with their distinctive soulful take on the genre - proven rising stars when they sold out Printworks in 24 hours. High Contrast continues to push the boundaries of drum & bass. He’s remixed everyone from Kanye West to Adele and co-produced Underworld’s last album. Festivalgoers are in for a treat. SASASAS return to MADE. The leviathan combination of Skibadee, Shabba D, Harry Shotta, Phantasy and Macky Gee almost seems like a mini-festival wrapped up inside one act. More massive basslines come from A.M.C & Turno ft Dreps & Phantom, Bou B2B K Motionz ft IC3, Culture Shock, Something Something, Traumatize, Demo B2B Clifdon, and RVS.
And something special for those in the know. Referencing the classic parody advert ‘Raveageddon’, MADE Festival and Kenny Ken will finally deliver the legendary ‘Kenny Ken B2B Kenny Ken’ set for a one-time only deal – this historic moment should not be missed!
The Afta Dark Stage is quality house music all day and all night. Australian talent, Sonny Fodera returns to MADE Festival bigger than ever. His tracks have hit tens of millions of streams, with releases on his Solotoko label and remixes of the likes of Calvin Harris, he’s guaranteed to draw a massive crowd. Also lining up is Low Steppa. The Simma Black label boss has also released on the likes of Defected and Strictly Rhythm and remains one of the most vital and influential house DJs out there. Eli Brown also appears as one of the fastest rising names in house over the last year. Add in Defected resident Jess Bays, and handpicked ressies Fleur Shore, Alex Parkin B2B Will Power, Tyron Amory B2B Shakti, and Ryan Nicholls, and Afta Dark will be jumping. 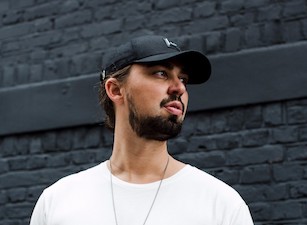 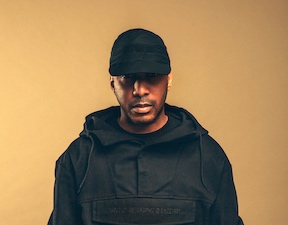 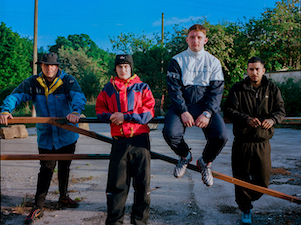 The 02:31 Stage sees Bradford’s finest Bad Boy Chiller Crew heading south to show the hype is real. You can find Flava D where garage, grime and bassline intersect, and her talents landed her a coveted FABRICLIVE mix. Bassline belters will be coming from CruCast stars, Nottingham’s own Darkzy & Window Kid, and Bru-C, the voice of the bassline generation. Also lining up is 1Xtra fave Sammy Virji, talented MC Mr Traumatik & DJ Frenzee, while Sheffield lines up against Birmingham as Jamie Duggan goes B2B with local legend Tom Shorterz. More bassline madness comes from Tomfire B2B OJE, and Jay Devour B2B Jake Tonks.
Artwork is the Londoner with impeccable taste in music, top notch production skills and his ability to bring a crowd together, particularly at his ‘Art’s House’ events. He headlines the 20 Years Of Leftfoot Stage with Luke Howard and Jim Stanton a.k.a Horse Meat Disco, master purveyors of quality disco grooves. Crazy P Soundsystem need little introduction – the disco dons are one of the most respected acts around and will dig deep into the record box to deliver some gems. Adding to this are the Leftfoot DJs, bringing underground music to Birmingham since 2000, Selextorhood B2B Voyage – MADE are pleased to give a platform to Selextorhood who promote and empower women, female identifying and non-binary artists in Birmingham, and Tekno Disco will blend the genres of their name to keep everyone dancing. 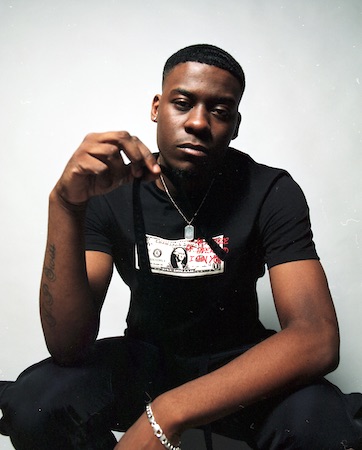 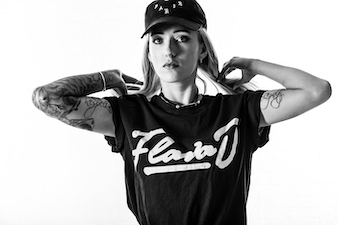 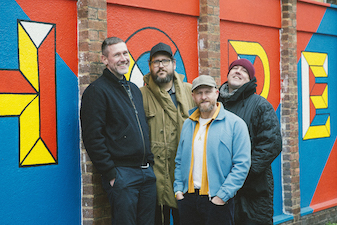 The Police Rave Unit Stage will see some serious jungle and drum & bass from the legend Ray Keith, Serial Killaz, V Recordings boss Bryan Gee, Escape, Frenetic, Busta and Natty G. Expect raving basslines from start to finish from that line up!
The Levels Stage presents some of the best up and coming regional talent including Paradox City, Jack Gardner, Paisley Jensen, Kristers, Brandon Ross B2B Guy Burns, and Alex Bowen B2B Joey London.
Now an important cultural and economic event in the West Midlands, the return of MADE for 2021 signals a major step in the right direction for the overall recovery of the UK festival industry and the wider cultural and economic sectors overall.
For those desperate to dance again in the sunshine, MADE Festival represents a chance to come together with friends and like-minded music lovers to enjoy massive line ups, unrivalled atmosphere, and cutting edge, cross-genre music from some of the most talented artists in electronic music. Now ready to party with 20,000 ravers at its new home at Sandwell Valley Country Park, MADE Festival 2021 is set to be something very special.
Courtesy of  made-festival.co.uk
Posted by Mark Jeffers